Although widely published and read by itself, Bhagavad-gita originally appears as an episode in the Mahabharata, the epic Sanskrit history of the ancient world. The Mahabharata tells of events leading up to the present Age of Kali. It was at the beginning of this age, some ﬁfty centuries ago, that Lord Krsna spoke Bhagavad-gita to His friend and devotee Arjuna.

Their discourse – one of the greatest philosophical and religious dialogues known to man – took place just before the onset of war, a great fratricidal conﬂict between the hundred sons of Dhrtarastra and on the opposing side their cousins the Pandavas, or sons of Pandu.

Dhrtarastra and Pandu were brothers born in the Kuru dynasty, descending from King Bharata, a former ruler of the earth, from whom the name Mahabharata derives. Because Dhrtarastra, the elder brother, was born blind, the throne that otherwise would have been his was passed down to the younger brother, Pandu.

When Pandu died at an early age, his ﬁve children – Yudhisthira, Bhima, Arjuna, Nakula and Sahadeva – came under the care of Dhrtarastra, who in effect became, for the time being, the king. Thus the sons of Dhrtarastra and those of Pandu grew up in the same royal household. Both were trained in the military arts by the expert Drona and counseled by the revered “grandfather” of the clan, Bhisma.

Yet the sons of Dhrtarastra, especially the eldest, Duryodhana, hated and envied the Pandavas. And the blind and weak-minded Dhrtarastra wanted his own sons, not those of Pandu, to inherit the kingdom.

Thus Duryodhana, with Dhrtarastra’s consent, plotted to kill the young sons of Pandu, and it was only by the careful protection of their uncle Vidura and their cousin Lord Krsna that the Pandavas escaped the many attempts against their lives.

Now, Lord Krsna was not an ordinary man but the Supreme Godhead Himself, who had descended to earth and was playing the role of a prince in a contemporary dynasty. In this role He was also the nephew of Pandu’s wife Kunti, or Prtha, the mother of the Pandavas. So both as a relative and as the eternal upholder of religion, Krsna favored the righteous sons of Pandu and protected them.

Ultimately, however, the clever Duryodhana challenged the Pandavas to a gambling match. In the course of that fateful tournament, Duryodhana and his brothers took possession of Draupadi, the chaste and devoted wife of the Pandavas, and insultingly tried to strip her naked before the entire assembly of princes and kings. Krsna’s divine intervention saved her, but the gambling, which was rigged, cheated the Pandavas of their kingdom and forced them into thirteen years of exile.

Upon returning from exile, the Pandavas rightfully requested their kingdom from Duryodhana, who bluntly refused to yield it. Duty-bound as princes to serve in public administration, the ﬁve Pandavas reduced their request to a mere ﬁve villages. But Duryodhana arrogantly replied that he wouldn’t spare them enough land into which to drive a pin.

Throughout all this, the Pandavas had been consistently tolerant and forbearing. But now war seemed inevitable.

Nonetheless, as the princes of the world divided, some siding with the sons of Dhrtarastra, others with the Pandavas, Krsna Himself took the role of messenger for the sons of Pandu and went to the court of Dhrtarastra to plead for peace. When His pleas were refused, war was now certain.

The Pandavas, men of the highest moral stature, recognized Krsna to be the Supreme Personality of Godhead, whereas the impious sons of Dhrtarastra did not. Yet Krsna offered to enter the war according to the desire of the antagonists. As God, He would not personally ﬁght; but whoever so desired might avail himself of Krsna’s army – and the other side could have Krsna Himself, as an advisor and helper. Duryodhana, the political genius, snatched at Krsna’s armed forces, while the Pandavas were equally eager to have Krsna Himself.

In this way, Krsna became the charioteer of Arjuna, taking it upon Himself to drive the fabled bowman’s chariot. This brings us to the point at which Bhagavad-gita begins, with the two armies arrayed, ready for combat, and Dhrtarastra anxiously inquiring of his secretary Sañjaya, “What did they do?” 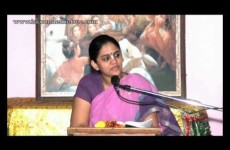 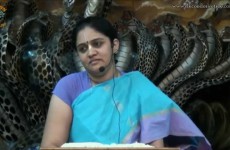 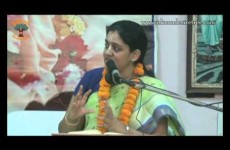 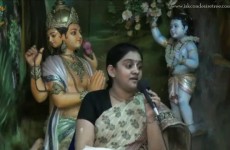 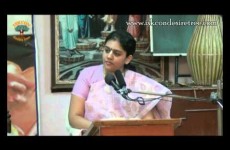 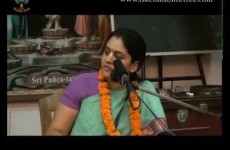 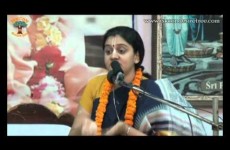 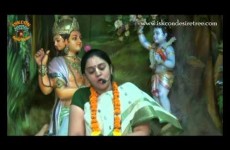 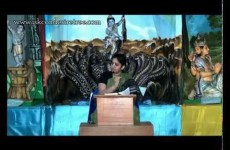 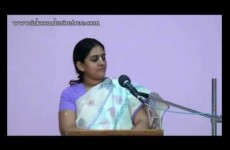 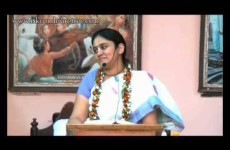 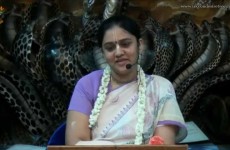