The basic Hare Krishna beliefs can be summarized as follows:

1. By sincerely cultivating true spiritual science, we can be free from anxiety and come to a state of pure, unending, blissful consciousness in this lifetime.

2. We are not our bodies but eternal, spirit souls, parts and parcels of God (Krishna). As such, we are all brothers, and Krishna is ultimately our common father. We accept the process of transmigration of the soul (reincarnation).

3. Krishna is eternal, all-knowing, omnipresent, all-powerful, and all-attractive. He is the seed-giving father of all living beings, and He is the sustaining energy of the entire cosmic creation. He is the same God as The Father Allah, Buddha and Jehovah.

4. The Absolute Truth is contained in the Vedas, the oldest scriptures in the world. The essence of the Vedas is found in the Bhagavad-gita, a literal record of Krishna’s words.

5. One can learn the Vedic knowledge from a genuine spiritual master — one who has no selfish motives and whose mind is firmly fixed on Krishna.

6. Before one eats, one offers to the Lord (Krishna) the food that sustains all humans; then Krishna becomes the offering and purifies the offered.

7. One performs all actions as offerings to Krishna and does nothing for one’s own sense gratification. In scriptures, ‘Bhagavan’ is used for demigods – why Prabhuapda say it should be reserved for God Why Do I Need a Spiritual Mentor by Ravindra Chaitanya Prabhu 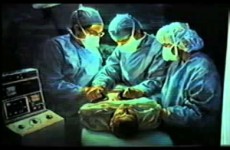 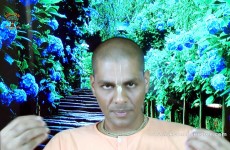 What is the definition of sin by Ravindra Chaitanya Prabhu 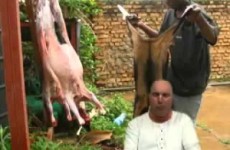 How Do You Get Faith by Ravindra Chaitanya Prabhu How Can I Be Happy by Ravindra Chaitanya Prabhu Who am I by Pitambar Prabhu 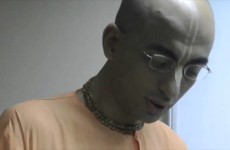 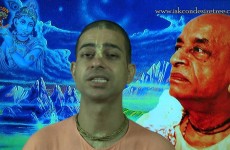 Importance of Guru by Pitambar Prabhu How is scripture relevant to me? by Caitanya Caran Das Importance of getting up early in the morning by Pitambar Prabhu 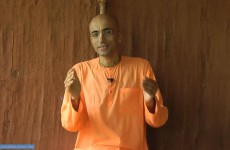 Why One Should Have Faith in Spirituality? Austerity of Mind by Hari Vilas Prabhu on 20th September 2014 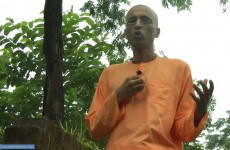 What is the Beginning of Human Life?

ISKCON Chicago Sringar Darshan on 31 May 2014