We are simply trying to show the wonderful transcendental pastimes of Srila Prabhupada and the devotees that were there to celebrate Gaura Purnim and the procession of transferring Their Lordships from the original small temple to the new building.

Mayapur, West Bengal is located on the banks of the Ganges river, at the point of its confluence with the Jalangi, near Navadvip, West Bengal, India, 130 km north of Kolkata (Calcutta). It is the headquarters of ISKCON and is considered a holy place by a number of other traditions within Hinduism, but is of special significance to followers of Gaudiya Vaishnavism as the birthplace of Chaitanya Mahaprabhu, regarded as a special incarnation of Krishna in the mood of Radha. It is visited by over a million pilgrims annually.

During the visit one can see “the huge headquarters of the International Society of Krishna Consciousness (ISKCON)” and devotees chanting the Hare Krishna mantra.

The town is heavily centered around this particular Vaishnava religious tradition, officially known as the Brahma-Madhva-Gaudiya Sampradaya, with temples devoted to Radha and Krishna or Gaura-Nitai throughout; however, there is a sizable Muslim population in the historical center, previously called Miyapur. 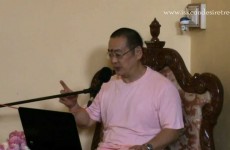 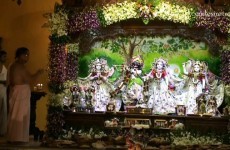 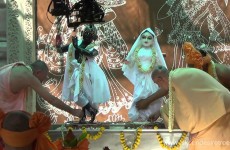 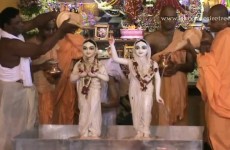 Are you an atheist?