The path of Bhakti Yoga yields immense benefits when performed with faith.

A practitioner of Bhakti Yoga places more faith in the mercy of God, than his own yogic discipline. If our progress is in God’s hands, do we need to endeavour at all?

A spiritualist works hard to progress in his divine quest. However this hard work is an attempt to show to the Lord that he or she is sincere; our hard work is simply to attract God’s attention towards us.

Then if the Lord is pleased by our endeavours, He may bestow His mercy upon us. This mood keeps the devotee always humble and dependent on God.

One of stalwart devotees of Krishna and a staunch practitioner of the Hare Krishna Meditation was Gaurakisora Dasa Babaji whose devout spiritual practises shaped the Bhakti movement of Eastern India in the 19th century.

The Babaji never went to school his whole life; materially he was illiterate and couldn’t even write his own name. However whoever came in contact with him was astounded by his erudition on Vedic scriptures.

The Babaji would answer anyone’s questions perfectly according to the authority of scriptures.

This faith is a priceless treasure of a devotee’s heart. It’s beyond all logic.

For one who has faith in God, there is only one type of logic in his life: that God can do anything, and He never abandons his devotee. That is the only logic a bhakta knows.

It’s not that because we depend completely on God, we do nothing. Arjuna, a warrior devotee, worked hard in the war, but depended on Krishna for the result.

Lord Krishna advised him, “You’re a fighter, fight with faith in Me. Do not be attached to victory or defeat, loss or gain, attainment or loss.

Just do your duty for My pleasure, for My service, and have faith that whatever is best will be done.”

A Bhakti Yogi follows Arjuna’s example; he works hard and is focussed in his spiritual pursuit, yet detached and patiently waits for God, Krishna, to give His mercy. 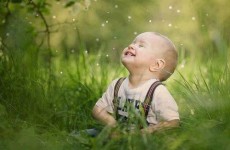 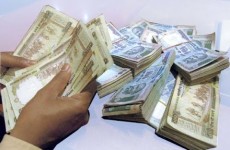 Is God beyond me Get married, Get Spiritual 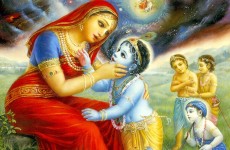 From the temporary to eternal The Hare Krishna devotees in London In Search of a Lost Love – Lessons from the Musk Deer 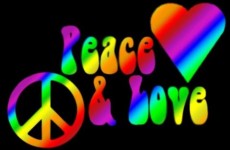 Do devotees have to oppose science to be faithful to Prabhupada?