Translation:
Just as gold and other commodities are continually transferred from one place to another in due course of purchase and sale, so the living entity, as a result of his fruitive activities, wanders throughout the entire universe, being injected into various bodies in different species of life by one kind of father after another.

Purport:
It has already been explained that Citraketu’s son was his enemy in a past life and had now appeared as his son just to give him more severe pain. Indeed, the untimely death of the son caused severe lamentation for the father. One may put forward the argument, “If the King’s son was his enemy, how could the King have so much affection for him?” In answer, the example is given that when someone’s wealth falls into the hands of his enemy, the money becomes the enemy’s friend. Then the enemy can use it for his own purposes. Indeed, he can even use it to harm its previous owner. Therefore the money belongs neither to the one party nor to the other. The money is always money, but in different situations it can be used as an enemy or a friend.
As explained in Bhagavad-gita, it is not by any father or mother that the living entity is given his birth. The living entity is a completely separate identity from the so-called father and mother. By the laws of nature, the living entity is forced to enter the semen of a father and be injected into the womb of the mother. He is not in control of selecting what kind of father he will accept. Prakrteh kriyamanani: the laws of nature force him to go to different fathers and mothers, just like a consumer commodity that is purchased and sold. Therefore the so-called relationship of father and son is an arrangement of prakrti, or nature. It has no meaning, and therefore it is called illusion.
The same living entity sometimes takes shelter of an animal father and mother and sometimes a human father and mother. Sometimes he accepts a father and mother among the birds, and sometimes he accepts a demigod father and mother. Sri Caitanya Mahaprabhu therefore says:

brahmanda bhramite kona bhagyavan jiva
guru-krsna-prasade paya bhakti-lata-bija
Harassed life after life by the laws of nature, the living entity wanders throughout the entire universe in different planets and different species of life. Somehow or other, if he is fortunate enough, he comes in touch with a devotee who reforms his entire life. Then the living entity goes back home, back to Godhead. Therefore it is said:

janame janame sabe pita mata paya
krsna guru nahi mile baja hari ei
In the transmigration of the soul through different bodies, everyone, in every form of life — be it human, animal, tree or demigod — gets a father and mother. This is not very difficult. The difficulty is to obtain a bona fide spiritual master and Krsna. Therefore the duty of a human being is to capture the opportunity to come in touch with Krsna’s representative, the bona fide spiritual master. Under the guidance of the spiritual master, the spiritual father, one can return home, back to Godhead. 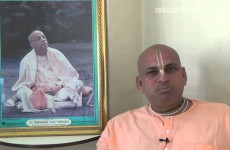 Whom Should You Vote For ? by Kamal Lochan Prabhu 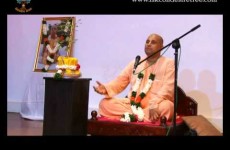 Being Human – Seminar by Kamal Lochan Prabhu at ISKCON Juhu 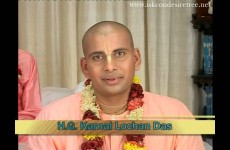 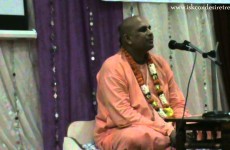 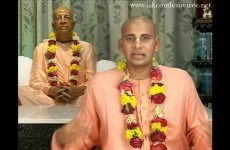 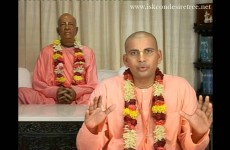 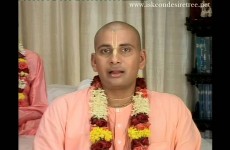 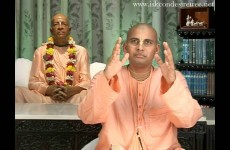 Sucess in Dependence or Independence 01 by Kamal lochan Prabhu 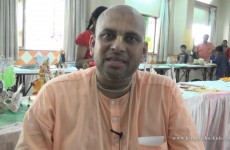 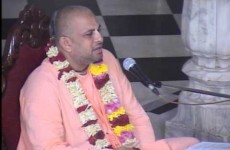