Translation by His Divine Grace A. C. Bhaktivedanta Swami Srila Prabhupada:
As iron has the power to burn when made red-hot in the association of fire, so the body, senses, living force, mind and intelligence, although merely lumps of matter, can function in their activities when infused with a particle of consciousness by the Supreme Personality of Godhead. As iron cannot burn unless heated by fire, the bodily senses cannot act unless favored by the Supreme Brahman.

Purport by His Divine Grace A. C. Bhaktivedanta Swami Srila Prabhupada:
Red-hot iron can burn, but it cannot burn the original fire. Therefore the consciousness of the small particle of Brahman is fully dependent on the power of the Supreme Brahman. In Bhagavad-gita the Lord says, mattah smrtir jñanam apohanam ca: “From Me the conditioned soul receives memory, knowledge and forgetfulness.” The power for activities comes from the Supreme Lord, and when the Lord withdraws this power, the conditioned soul no longer has energy with which to act through his various senses. The body includes five knowledge-acquiring senses, five active senses and the mind, but actually these are merely lumps of matter. For example, the brain is nothing but matter, but when electrified by the energy of the Supreme Personality of Godhead, the brain can act, just as iron can burn when made red-hot by the influence of fire. The brain can act while we are awake or even while we are dreaming, but when we are fast asleep or unconscious the brain is inactive. Since the brain is a lump of matter, it does not have independent power with which to act. It can act only when favored by the influence of the Supreme Personality of Godhead, who is Brahman or Parabrahman. This is the way to understand how the Supreme Brahman, Krsna, is present everywhere, just as the sunshine is present because of the sun-god in the sun globe. The Supreme Lord is called Hrsikesa; He is the only conductor of the senses. Unless empowered by His energy, our senses cannot act. In other words, He is the only seer, the only worker, the only listener, and the only active principle or supreme controller.

[To hear more on this verse, visit – http://www.srimadbhagavatamclass.com/srimad-bhagavatam-canto-06-chapter-16-text-24/] 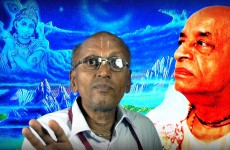 What are the qualities of a Soul (Marathi) by Vasudev Prabhu 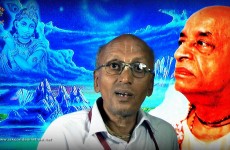 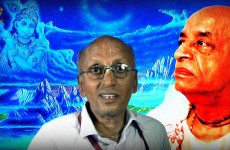 Getting free from the cycle of Birth, Death, Old age and Disease (Marathi) by Vasudev Prabhu 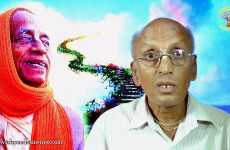 How I came to Krishna Consciousness, Vasudev Prabhu 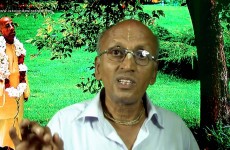